Imlie to confront Atharva over his extra-marital affair; decides to leave Rana house 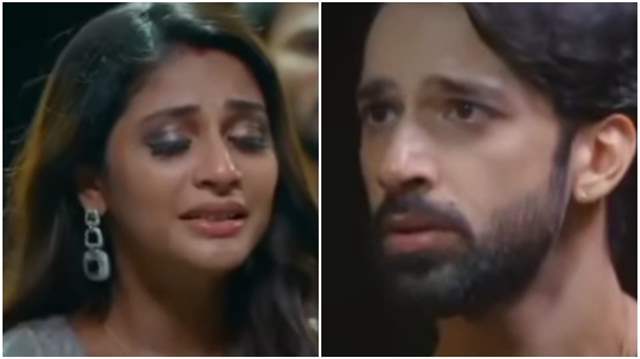 Star Plus show ‘Imlie’ is getting the love of the audience and is getting quite interesting. The current track of the show revolves around Rudra and Atharva’s relationship getting better post-accident. Atharva takes the family for his concert and Kiya plans an attack at the concert.

In the upcoming episodes, at the concert, Kiya’s goons create a havoc and in the chaos, Devika goes missing. Rudra threatens to break all ties with Atharva if he doesn’t find Devika. Imlie blames herself for the entire situation. Cheeni gets restless seeing Atharva and Imlie together.

Now, India Forums has exclusively learned that Imlie will get to know about Atharva’s extra-marital affair. Atharva will want to express the same to Imlie but Cheeni will hold him back as always. Imlie decides to confront Atharva about the same and this time around Atharva will confess that he loves someone else. He will not take Cheeni’s name but this will leave Imlie shattered.

Furthermore, Imlie takes a firm stand against the entire situation and decides to leave the Rana house. It will be interesting to see how Rana family, Cheeni and Atharva will react to Imlie’s decision.

‘Imlie’ is produced by Four Lions Pvt Ltd. The show has a stellar star cast including actors like Karan Vohra, Megha Chakroborty, Seerat Kapoor among others.