Imlie to take action against Malini in ‘Imlie’? 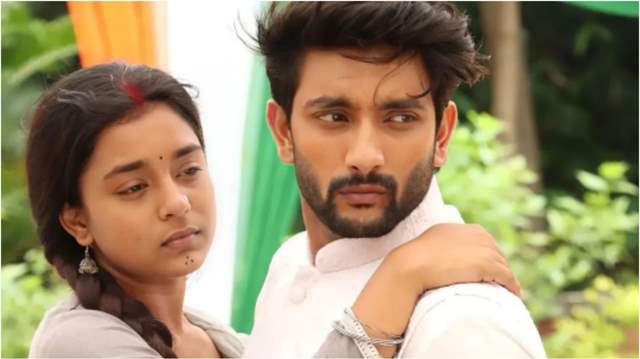 Star Plus show ‘Imlie’ is getting quite interesting with each passing episode. The current track of the show revolves around Imlie being determined to resurrect Bhaskar Times and fail Malini’s plan of destroying the same. Malini is furious on Imlie and wants her out from Aryan’s life, Rathore mansion and Bhaskar Times. She has planned a conspiracy to send Imlie out of their lives.

In the upcoming episodes, Malini dresses up in a disguise and reaches the venue. She plans to get Anu out of the venue so that she is saved from the bomb blast. Malini panics looking at Aryan as he walks towards her but stops mid-way.Malini meets Anu and reveals her identity. She asks her to leave the place as there’s a bomb at the venue. Imlie hears the word bomb and tries to follow Anu and Malini but they leave before Imlie catches them. Imlie takes the metal detactor and tries to search for the bomb. She informs Aryan about the same. Imlie and Aryan gets to know that the bomb is in the mic.

Post-Independence day celebration, Cheeni takes the mic and sings a song. Imlie and Aryan run towards Cheeni and take the mic from her and throw it in the air. The public panics but Imlie handles the situation and gives out a speech on Army and Independence Day. Anu notices that one of her earing missing. Imlie gets the earring and thinks that it would belong to the person who talked about the bomb.

Furthermore, Cheeni asks Malini about her one earing. Imlie gives the other one to her.