Imlie’s new mission against Aryan in Star Plus show ‘Imlie’ 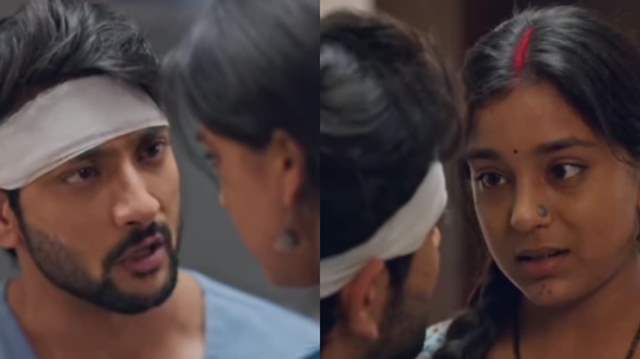 Star Plus show ‘Imlie’ has been entertaining the viewers with its interesting story line. The current track it is revealed that Aryan has not given up on his revenge plan against Aditya. This left Imlie shocked.

In the upcoming episodes, Badi Maa asks Gudiya to prepare sheera and feed it to Aryan. She mixed chilli powder in the sheera prepared by Imlie. A peon from the office gets all the articles and information regarding Arvind’d case.

Imlie gets the sheera and makes Aryan eat. They continue with their nok jhok. Aryan eats the entire bowl of sheera leaving Badi maa shocked. Later, Imlie tells Badi Maa that she heard her speak to Gudiya about her plan of spoiling the sheera and hence she prepared fresh sheera.

Badi Maa gets irritated and throws the file with articles in the air, speaks bad about Imlie and leaves. Imlie picks up the articles but Aryan stops her and shouts at her for interfering in his revenge plan against Aditya. Imlie tells him that she will find out everything.

Aryan tells his office staff to not let anyone have the access of the information regarding Arvind’s case. Imlie is certain to find out about the same. She plans to visit the office in the night and steal the files. She waits for Aryan to sleep.