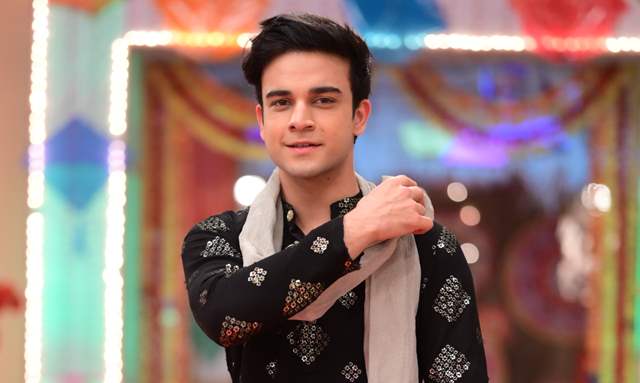 Zee TV’s popular fiction show, Kumkum Bhagya has been an audience favourite courtesy of its intriguing plot and the authentic portrayal of relatable characters like Abhi (Shabbir Ahluwalia), Pragya (Sriti Jha), Rhea (Pooja Banerjee), Aaliya (Reyhna Pandit), Ranbir (Krishna Kaul) and Prachi (Mugdha Chapekar). While the show has been keeping its viewers at the edge of their seats through some dramatic twists and turns, in the upcoming episodes, we will witness the Kohli family celebrating Lohri with full vigour and joy.

Everyone on the Kumkum Bhagya set was eager to celebrate the festival during the shoot, however, it was Krishna Kaul who was over the moon. And he definitely had a reason to be this excited. This was because he finally got a chance to dress-up as his favourite actor, Shah Rukh Khan, in an extraordinary way on the small screen. For the Lohri celebrations on Kumkum Bhagya, Krishna actually took inspiration from Shah Rukh Khan’s look from Kabhi Khushi Kabhie Gham. The actor donned a black and silver pathani suit just like SRK did in his iconic song – Yeh Ladka Hai Allah.
,

I am extremely happy and excited about the Lohri celebrations in Kumkum Bhagya. As everyone already knows, I am a huge SRK fan, and I have grown up watching him dance wearing the black and silver pathani attire from Kabhi Khushi Kabhie Gham. And now, I have gotten this opportunity of dressing up like him in Kumkum Bhagya. I couldn’t be happier! Ever since it was finalised that I would wear something similar to what he wore, I was eagerly waiting for the shoot to happen. I really felt like the Badshah during the shoot, just like him, and I can’t wait for the episode to go on air now.

–
While Ranbir’s look will truly leave you impressed, wait till you see some high voltage drama unfold as Rhea tries to burn Prachi’s leg in order to prevent her from interfering in the Lohri celebrations. But will Rhea be successful and complete the Lohri pooja with Ranbir? Or will Ranbir end up performing the pooja with Prachi?