Maddam Sir: Another rift between Karishma and Haseena 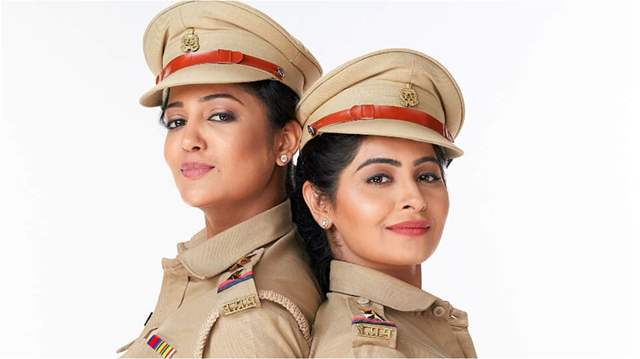 Sony SAB show ‘Maddam Sir’ is quite a celebrated show. The show enjoys a massive fan-following. The show stars’ actors like Gulki Joshi, Yukti Kapoor, Bhavika Sharma and Sonali Naik in prominent roles among others. The story of the show revolves around these female cops trying to solve different cases according to their personalities and thought processes. Haseena Malik played by Gulki Joshi has the habit of solving the case with a lot of emotional quotient.

India Forums has learned about interesting spoiler of the upcoming episodes. At several occasions, Karishma and Haseena have been in arguments as they have totally different ways of handling the cases that come in the police station. However, they still continue to remain in each other’s’ good books.

In the upcoming episodes, Karishma ties a criminal to her bike and drags him tell MPT. Haseena is furious seeing this and stops Karishma. Karishma retaliates and tells her that till the voting results aren’t out the department has given them the liberty to work in their own way. Haseena doesn’t agree to the same and they have a rift.

Recently, India Forums reported about actor Gaurav Wadhwa set to return to the show. ‘Maddam Sir’ is produced by Jay Productions. As per reports, the makers are planning to revamp the show and bring about season 2 of the show.