No Padmaavat vs Pad Man? Did Bhansali request Akshay to shift the release date? 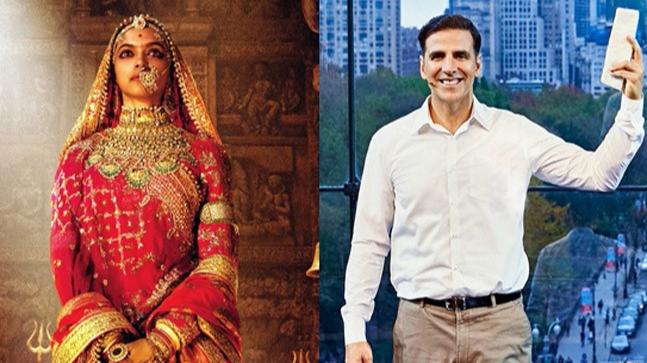 anjay Leela Bhansali’s Padmaavat will bolt horns with Akshay Kumar’s Pad Man in the cinematic world. On the off chance that Akshay had called dibbs on Republic Day end of the week, Bhansali’s film at long last got a green flag from CBFC after much exertion. Also, now he’s in no state of mind to delay the discharge date regardless of the movies conflict.

Starting at now, Padmaavat will conflict with Pad Man on January 25.

Be that as it may, late reports recommend that Bhansali dropped by to meet Akshay Kumar in Worli where he’s practicing for an execution for an up and coming honors appear. Buzz has it that the movie producer has asked for Khiladi Kumar to push the discharge date of Pad Man.

A source told DNA, “Sanjay Sir has asked for Akshay to please consider a move in the discharge date of his next film Pad Man that is because of discharge without anyone else Padmaavat.”

The report additionally proposes that before this gathering, there were gossipy tidbits about a discussion between the studio honchos who are backing both the movies. Be that as it may, it’s not known whether Pad Man producers are prepared to move or not.

Prior, maker Twinkle Khanna had said that conflict will influence both the movies, however Pad Man isn’t calling it quits.

An exchange source included, “Both the Pad Man and the Padmaavat producers feel it is terrible for the two movies to conflict in the cinema world. It would mean both would eat into each other’s business.”

Reports are overflowing that Pad Man may be pushed to a February 9 discharge.