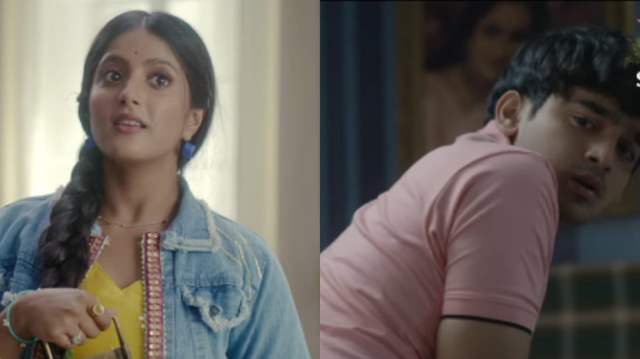 Star Plus is all set to roll out an all new show titled ‘Banni Chow Home Delivery’ which is produced by Shashi Sumeet Productions. Ulka Gupta has been roped in to play the lead role of a middle class girl named ‘Banni’ who makes ends meet by cooking and providing food for people. Banni prepares food with a lot of love and dedication as she’s fond of helping people. The first promo of the show was quite well accepted by the viewers.

India Forums was the first one to break the news about actor Pravisht Mishra being roped in to play the lead role in the show and ever since the fans have been waiting to see the glimpse of Mishra in the show. And their wait ends as finally a promo featuring Pravisht has been released.

Featured Video
In the new promo, Rajendra Chawla is seen getting Banni in their plush house and pays Banni thrice the amount that she charges. He pays her extra to make sure that character that Pravisht plays eats the food made by her. Banni is confident that she will be able to make the person eat the food but Pravisht turns out to be mentally challenged. He throws the food brought by Banni leaving her disappointed. However, Banni is determined to make him eat the food cooked by her.

Ulka started off her career with Zee TV show ‘Jhansi Ki Rani’ and did many other projects. She was also a part of Rohit Shetty’s movie ‘Simba’ while Pravisht was seen in ‘Kahaan Hum Kahaan Tum’ and ‘Barrister Babu’.

Are you excited for ‘Banni Chow Home Delivery’? Hit the comment section below.