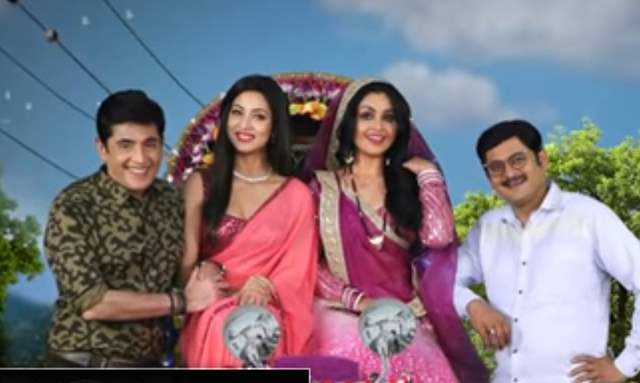 When a show runs for over seven years, one can expect it to be going through an array of changes time abd again. That has been the case with And TV’s longrunner, Bhabiji Ghar Par Hai. After having Amgek different Angoori Bhabhis and two different Anita Bhabhis, the show is now set to welcome a third and new Anita Bhabhi in the show soon.

Actor Vidhisha Srivastava takes over from Neha Pendse, where the latter had the shortest stint in the show. Now that Srivastava has taken over, it was inevitable that a grand welcome was in store for the new bhabhi. Checkout-

In classic style, Tiwari ji is obviously the most excited that Anita Bhabhi has come in while Vibhuti is happy and Angoori Bhabhi is shocked as well.

In the end, the quartet get together to pose and thus begins a new chapter in Bhabiji Ghar Par Hai.