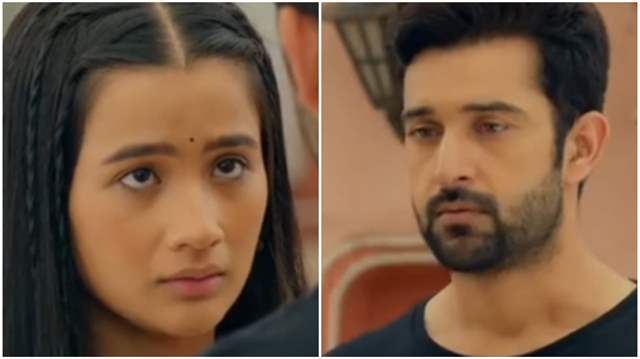 Star Plus show ‘Rajjo’ is gearing up for a major twist. The current track of the show revolves around Arjun and Rajjo being all set to get married with their respective partners. Recently, the show witnessed an emotional moment as Rajjo finally found her mother. The mother daughter duo re-united after long. Her mother learns about Rajjo being at Pushkar’s house who’s her father. She has hid the truth from her since a long time and doesn’t want it to be revealed.

Rajjo’s mother states that Rajjo should get back to the village and get married. Arjun too is all set to get married to Urvashi. As informed by India Forums earlier, Arjun will sense that Rajjo’s fiancé is not good for her, he informs the same to her but she doesn’t pay any heed as she wants to get married to fulfil her mother’s wish. A day prior to the wedding, fate gets Arjun and Rajjo married.

Now, the latest development that we’ve learned about is that Rajjo and Arjun will keep the truth of their marriage under the wraps and would pretend that nothing happened. Arjun will gear up for his marriage with Urvashi. Will Arjun and Urvashi get married? What will be Rajjo’s reaction to the same? Only time will tell.

Are you excited for the upcoming drama in the show? Hit the comment section below.