Sai Ketan Rao roped in for Star Plus’ next 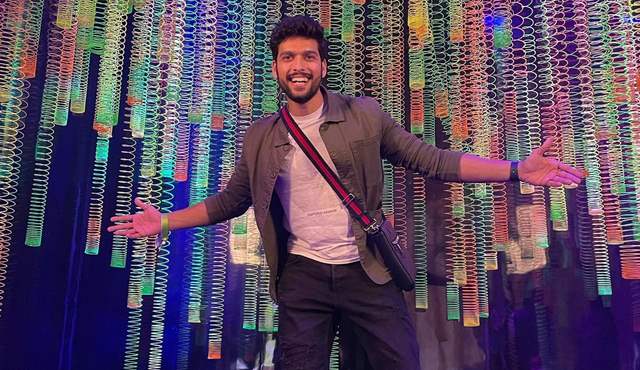 We strive hard to provide genuine and authentic update from the showbiz industry.

Sadiip Sickand and SOL Productions are all set to roll out a new show for Star Plus. The producers have many popular shows to the credit including shows like ‘Mehendi Hai Rachne Wali’, ‘Kahaan Hum Kahaan Tum’ among others. Currently, their Star Bharat show ‘Bohot Pyaar Karte Hain’ is getting appreciation from the viewers.

Now, India Forums has learned an exclusive information that actor Sai Ketan Rao has been roped in to play the lead role in Sandiip Films and SOL Productions’ next for Star Plus.

Yes, you read that right!

This will be the second time that Sai Ketan Rao will be seen collaborating with Sandiip Films and SOL Productions after playing the lead role in ‘Mehendi Hai Rachne Wali’. Recently, Sai had shared a picture with Sandiip Sickand and teased the fans about a project together and since then, audience were curious to know about their collaboration.

India Forums contacted Sai and asked him about being a part of the show, he said, “I can’t talk about the same at the moment”.

As per sources, the makers are religiously working on the show and it is slated to hit the floors soon.

Keep reading this space for more updates on the same.