Shrishti and Sameer in a major trouble; seek Karan-Preeta’s help in ‘Kundali Bhagya’ 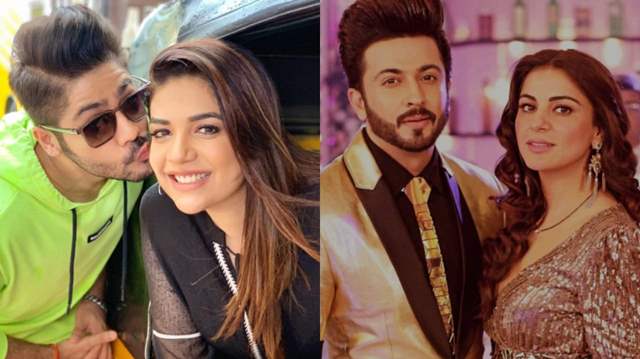 Zee TV show ‘Kundali Bhagya’ is getting quite interesting with each passing episode. Pihu’s entry in Karan and Preeta’s lives have made them extremely happy. The viewers are also loving the cuteness that the character of Pihu brings to the screen.

The current track of the show revolves around Sherlin confronting Sonakshi and exposing her.

In the upcoming episode, the track will revolve around Sameer and Shrishty’s love. Sarla hires a match maker and gets a list of selected grooms with their pictures and bio-data for Shrishti. Shrishti gets worries seeing the same. Even Sameer gets nervous learning about Sarla being so desperate to get Shrishti married. The duo doesn’t want to lose each other and are stressed about the same. Sameer tries to hint Karan and Preeta to ask Sarla and stop the search for the groom but they don’t understand the hint. Meanwhile, the match maker states that Shrishti should agree to get married as she has found a few well-settled and great prospect grooms for her.

Featured Video
How will Shrishti and Sameer come out of this situation and how will Karan-Preeta help them is something to watch out for.

‘Kundali Bhagya’ is produced by Balaji Telefilms and has a stellar star cast including actors like Dheeraj Dhoopar, Shraddha Arya, Anjum Fakih, Abhishek Kapoor, Sanjay Gangnani, Supriya Shukla among others.