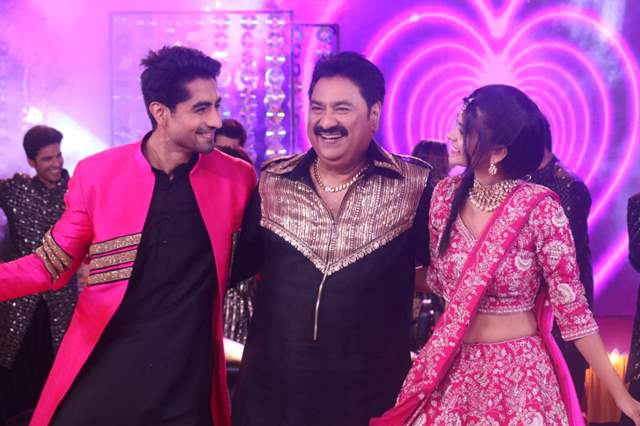 Star Plus has always been a source of entertainment for almost every Indian household. It has managed to win over their hearts over the years with its diverse and audience-oriented content. One of their many entertaining shows is ‘Yeh Rishta Kya Kehlata Hai’ which is the longest running show on Indian television. The show has been a favorite of the audience over the years and we cannot ignore the fact that after the pairing of Naira and Kartik (Mohsin Khan and Shivangi Joshi), Abhimanyu (Actor Harshad Chopra) and Akshara (Actress Pranali Rathod) are now in the news. The audience is very fond of the pair. The popular fiction show will soon witness the debut of our very own singer, Kumar Sanu.

The track of Abhimanyu and Akshara’s wedding is currently going on in the show ‘Yeh Rishta Kya Kehlata Hai’, which is being enjoyed a lot by the viewers. Amidst these episodes, the show will have a musical ceremony episode of the lead paid and it’s definitely going to delight the viewers. The audience’s favorite singer Kumar Sanu will be seen performing a song, at the evening of Abhimanyu and Akshara’s musical ceremony. Listening to his song is not only going to mesmerize the star cast of the show but the audience will also go gaga over in his voice.

“I really liked the script of the track in this show. In this episode, I will not just be singing songs, but will be seen doing a lot more. There is a lot to do after my entry into the show and a different atmosphere will be created in my presence which is challenging for me and that is why I chose the show ‘Yeh Rishta Kya Kehlata Hai’. The people on the sets are very cooperative and I felt like a family here. In future if I will be offered more such fiction shows then I shall definitely do it because if the artist has something interesting to do on the show then its definitely fun, just like how I came on this show.

It is known that after rocking the big screen with his best songs, Kumar Sanu has appeared on the small screen as a judge in many singing based reality shows and now he will soon debut in the show ‘Yeh Rishta Kya Kehlata Hai’. Produced under the banner Director’s Cut Productions of Rajan Shahi, the track of the show will be out soon for the viewers.

To witness singer Kumar Sanu sing the music of Abhimanyu and Akshara, watch Yeh Rishta Kya Kehlata Hai show every Monday to Saturday at 9:30 pm only on Star Plus.