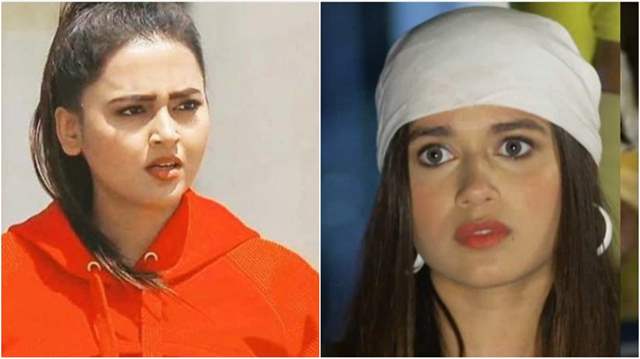 ‘Khatron Ke Khiladi 12’ is getting a lot of love from the audiences. The show has been received very well and has become the TOP 2nd show across all the channels. While, the show is a stunt-based and adventure related TV show, the entertainment quotient is supremely high. The show has drama, romance, tears, controversies and of course thrill.

Many a times, the cut-throat competition in the show, made the show go ‘Bigg Boss’ way with contestants indulging in arguments and disagreement. Well, the recent promo of ‘KKK12’ featuring Rubina Dialik accusing Kannika Mann being favored in the show is one of the examples of the same.

Jannat and Rubina
In the twelfth reason of Khatron Ke Khiladi 12, Rubina and Jannat got in an argument. It so happened that the duo did a similar stunt. Rubina was the first one to perform and couldn’t finish the stunt. After trying the stunt, Rubina gave a tip to Jannat and she performed brilliantly and finished the stunt successfully. Post Jannat’s win, Rubina repeatedly claimed that Jannat won because of her. This didn’t go down well with Jannat and she got irked. Jannat expressed her displeasure on Dilaik continuously bragging about helping her.

Shweta Tiwari and Vishal Aditya Singh
Vishal and Shweta got in a war of words as Shweta Tiwari didn’t select him in her team during the ‘Team Weak’. Vishal and Shweta knew each other since ‘Begusarai’ days and shared a warm bond. However, when Tiwari didn’t select Singh in her team, he got disheartened and when Tiwari’s team lost, Vishal mocked her for not selecting a better team. Tiwari gave it back to him in style. The duo patched up soon after the argument.

Nia Sharma and Aly Goni
The swadesi version of ‘Khatron Ke Khiladi’ launched amidst pandemic and the stunts were performed in Mumbai (all the seasons of the show has been shot in abroad). Nia Sharma and Aly Goni got into an argument as Aly couldn’t attempt a stunt. This made Sharma lose her cool. She lashed out at Aly for not having a right approach towards the show. Rohit Shetty also backed her up later and told Aly that the team had spent more than one day to set up the stunt.

Tejasswi and Rohit
Tejasswi and Amruta were supposed to perform an elimination stunt. The participant had to face the rain of hot wax. Tejasswi bravely performed the stunt while Amruta aborted the same. However, the elimination was cancelled. Tejasswi later stated that Amruta got an undue advantage and was not evicted. Rohit Shetty reprimanded her for questioning the makers and their decisions.

Apart from the above, instances where all the contestants backed out and didn’t give a proxy for Tejasswi Prakash in a crucial week was also quite talked about during the tenth season while Lopamudra Raut being irked with Karan Wahi commenting on her make-up also grabbed headlines. Shweta Tiwari questioned the makers as she felt that Arjun Bijlani was favored against Vishal Aditya Singh in KKK11. Varun Sood in KKK11 was quite irked with Nikki Tamboli’s attitude towards performing the stunts.

Did you also get ‘Bigg Boss’ vibes from ‘Khatron Ke Khiladi’ a few times? Mention your favorite feud from the show so far.