The director had to separate me and Rupali from the hug: Nitesh Pandey on being a part of ‘Anupamaa’ 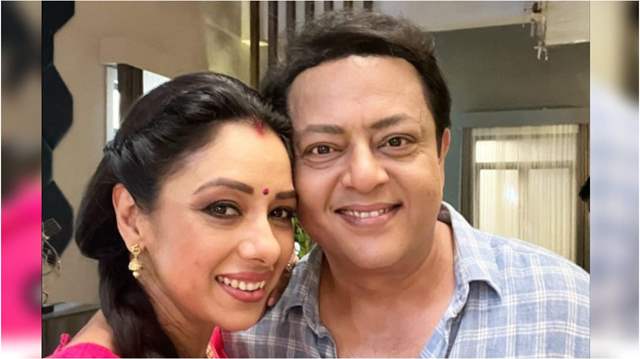 Star Plus show ‘Anupamaa’ recently witnessed an unexpected new entry. Seasoned actor Nitesh Pandey entered the show as Dheeraj, Anuj’s childhood friend. Dheeraj is a happy-go-lucky and jovial guy who hides a lot of guilt and pain under his charming smile.

It will be Dheeraj who will be instrumental in making Anuj realize Anu’s values all over again and ask him to sort his differences, keeping his ego aside. India Forums got in touch with actor Nitesh Pandey and asked him about bagging the show and more.

He said, “Well, the producer of the show Mr. Rajan Shahi is a dear friend of mine. I’d worked with him earlier also. When he called me up and narrated the part, I got excited to do the character. Off late, I kept a little away from television because I wasn’t really getting interesting characters to play as an actor. I was getting those random fathers and uncles’ kind of role; thus, I was focusing on films and other mediums. But when this character was narrated, I quite liked his energy and decided to take it up. Since Rajan Shahi is a friend, I was sure he will not come to me if the part is not significant. I have a lot of trust in him and hence I came on board.”

Talking about re-uniting with friend Rupali Ganguly, Nitesh said, “Oh! Rupali, is a very old and dear friend of mine. When I reached the sets, we hugged for a long time. The director had to separate us. She would just not leave me and she was extremely happy to have me on the sets. We got nostalgic and reminisced the good old days. As far as Gaurav is concerned, it didn’t feel like I’m meeting him for the first time. He is an amazing person and we quickly hit it off and the camaraderie was organic yet quite quick. He laughed and chatted a lot. I think he is ‘Dheeraj’ offscreen. We connected and how!”

He concluded, “I had a great time working with the team. I packed up recently. But, you never know, in television, you’re always in for surprises and Dheeraj may also come back in future.”