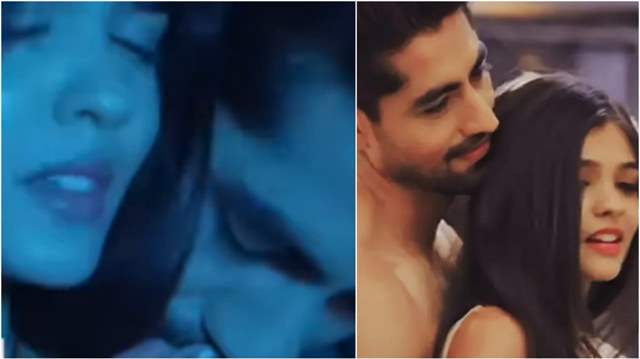 Star Plus show ‘Yeh Rishta Kya Kehlata Hai’ is getting quite interesting with each passing episode. The current track of the show revolves around Abhi and Akshu dealing with yet another issue of Neil and Aarohi’s marriage. In the upcoming epiosdes, Akshu sings a song. Aarohi and Neil enter the house. Aarohi thanks Akshu for singing the song. Abhi gets stressed and tells Akshu that he brought Neil and Aarohi home for Manjiri’s sake. Manjri gets happy and asks Akshu to do their aarti but she denies. Mahima does the aarti and welcomes Neil and Aarohi.

Abhimanyu tells Akshara about the incident when he reached with shagun thali at Neil and Aarohi’s place. They denied taking the shagun and Manjiri was also reluctant and thus he had to bring Aarohi and Neil home. Abhi tells Akshu that he had no option but to get them home. Akshu tells him that he should have informed Neil about Aarohi’s manipulation and intentions instead of getting them home. They realize that they’re fighting again only because of their families and decide to not escalate the fight.

Kairav gets stressed thinking about Manish’s health. Akshu and Aarohi get into an argument.

Furthermore, Akshara and Abhimanyu spend a cozy time together. In the morning, Akshu tells Abhi about a music competition and leaves for the same. Abhi gets Rohan’s call and he informs him about Akshara’s accident. Abhi gets shocked to see Akshu.